I had more people to give gifts to, so I made another round of Christmas cookies this week. I wanted to do a half batch of the icing and tried to wing it with the corn syrup and milk measurements so as not to dirty more dishes, but it didn’t set up quite as well, so next time I will be meticulous with my measurements! I was also hampered by the fact that it was the middle of the night. But a few turned out to be cute despite my best attempts to ruin them, so I thought I’d share. 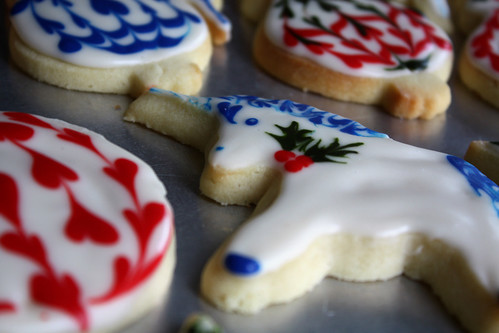 My best friend loves unicorns, and when I was going through my cookie cutters, I found a unicorn one. After my success with the Dala horses, I wanted to try one in a similar style. There’s another photo of him here.

(It seems like an odd connection, and it was to me in the making of it, but I just remembered that the unicorn was a symbol for Christ in the Middle Ages, so it’s not as incongruous as I thought.) 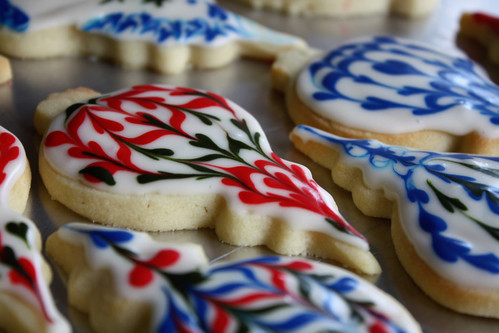 The more ornaments I decorated, the more they started to look like hot air balloons. I think that will be one of my next cookie cutter shapes. 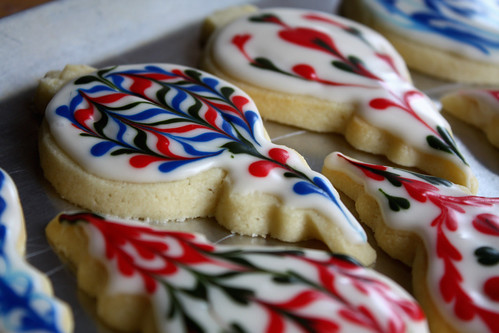 2 thoughts on “The Christmas Unicorn”