Wow. It’s taken me two weeks to recover from Las Vegas and write about something here, especially Vegas itself. It was my first time there, though, so I suppose that explains the odd exhaustion. That and I’d intended to write a post about the food there and felt like I had come home with much less material for a post than I’d hoped for. When I agreed to accompany Baker Bee on the trip, I had grand plans of making the most of the time that he was off at the CES convention and visiting every pastry destination on the strip, sampling and photographing along the way. Once I was there, all I found myself doing during the day was walking, walking, walking, and with all the walking I never felt like indulging in a pastry when I found one.  And that is when I decided to go online and read Vietbet Sportsbook review to see if I could play Vietbet on my phone while I was waiting for Baker to finish his work. 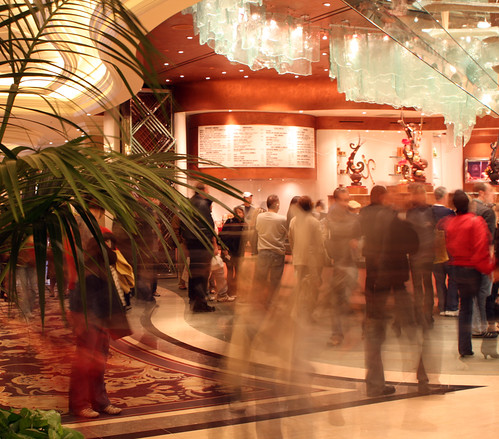 However, I will mention the two culinary highlights of the trip for me: the vegetarian crepe at Jean-Phillippe Patisserie inside the Bellagio and pretty much everything at Mario Batali’s Enoteca San Marco in the Venetian.

The crepe was not what I expected from the description, and I was slightly wary considering I hadn’t had a crepe I liked in Europe last summer, not even in Paris (I’m way too picky about crepe texture, apparently), but this one was heaven: a beautifully cooked crepe, soft like I like them, enfolding a potent thick, tomatoey sauce in which small chunks of several different Mediterranean vegetables also proclaimed their presence. Beneath that was a bed of melted Swiss cheese, and a lightly-dressed salad of mixed greens and cherry tomatoes (if I’m not remembering something wrong) on the side. This was beautifully presented–even the disposable plate and utensils were pretty classy, looking like a square glass plate and actual shiny metal flatware, despite their plastic pedigree. I really wanted to go back there and try the pastries with Baker Bee along to help taste a few of them–theirs were by far the most elegant, interesting, and meticulous that I saw on the Strip–but it was not to be. Next time. 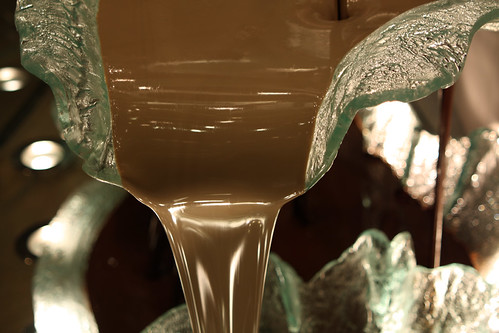 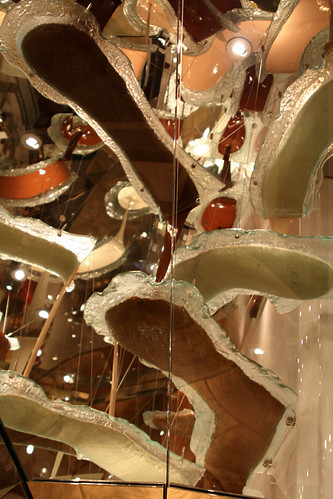 The Enoteca came recommended to us by our friend Joe–yes, Joe of the amazing garlic-chipotle sauce Mr. Bee wrote about two posts ago, so it was no surprise that it was good. But it was a surprise that it was good, solidly good, the way that invigorates you from the inside out. Out of all the antipasti, the one we enjoyed the most was the gnocco fritto, or fried pizza dough. I thought this might be good but possibly bland, but no, no way, especially not with the grated cheese sprinkled on top of it and seasoning it. I had the Cavatappi, which the menu notes has a roasted cauliflower ragu, chili and rosemary. So good. The ragu was incredibly flavorful, hitting all the right notes. If I could have it every time I ate pasta, I think I could give up tomato-based pasta sauce for life. The crowning glory of the night, though, was my lemon meringue coppetta, with graham cracker gelato, lemon gelato, and a flourish of meringue on top. If it hadn’t been for the other people there, I would have licked the martini glass it came in–twice. The only thing that didn’t score highly with me there was the bread. I don’t know if it was an off day for the baker, or if it’s just the way they make it there, but it was too dark and burnt-tasting for me.

One other food-related thought: I think there must be some sort of brainwashing radio signals or something in the M&Ms store, because ever since I went there I’ve really, really wanted some M&Ms, despite the artificial coloring and general mass-produced nature of them. Scratch that, it’s more that M&Ms have looked extraordinarily appealing, especially when highlighted on top of baked goods. I remember wanting to buy merchandise in the store and then reminding myself that I don’t have an M&M collection, or a particular connection to them in any way, shape or form. However, as impressed as I was with the Wall of Every M&M Color Imaginable, I managed to walk out of the store without tasting that rainbow. 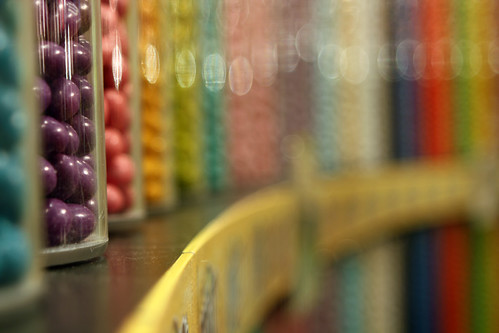 One thought on “Vegas, Baby”